Kuala Lumpur is the capital of Malaysia. And of course, Malaysia is one of the biggest countries in Southeast Asia. Although the Muslim majority state is stricter than many other southeast Asian societies, it is not totally different. So as with most area cities, there is full service sex massage in Kuala Lumpur.

Sure Kuala Lumpur is nothing like Bangkok. You won’t find bright signs advertising a BJ salon service or go go girls. But there is a lot more than meets the eye going on behind closed doors. There are even some neon signs around if you know where to look.

In this guide to full service sex massage in Kuala Lumpur, we’ll tell you everything we know about finding what the locals call a “full job” in Malaysia’s capital city. We will break down the local scene in full detail and explain where full service is sold, and for how much it is offered.

If you have read our guide to happy ending massage in Kuala Lumpur, then you already know there are a lot of places in the city offering more than just back rubs. In some areas, there are whole rows of massage parlors where they usually get their customers off for a tip.

You never know exactly what you are going to get in those places though. You might be offered full service. But then again, you might not. There are privacy issues in some of the places. And ultimately it comes down to the discretion of the providers. So you’re just as likely to be given a handy with a possible upgrade to a blowie available for a little more money.

You can also get full service from a bunch of other places. Freelancers and street hookers offer it as a matter of course. And so do pretty much all the prostitutes in the Beach Club every night of the week. This doesn’t come with a massage though. These aren’t massage parlor ladies.

But there are some men’s saunas in Kuala Lumpur where full service is a regular part of the menu. It might not actually be listed on a piece of paper. But it’s pretty much an unspoken rule in most of the saunas that a guy gets full service for his money. Surprisingly the saunas don’t even charge all that much either.

Sex massage in the saunas

Male saunas offer the best opportunity for a guy to get a full service massage in Kuala Lumpur. And no we are not talking about the many gay saunas in Kuala Lumpur with blackout rooms where you can get buggered by a stranger for free. Those certainly exist too. But that’s another subject entirely.

You may have heard about sex saunas in Macau. If that’s what you are expecting in Malaysia, you will be sorely disappointed. While the saunas in Kuala Lumpur are run by Chinese people, they only vaguely resemble the famous Chinese sex saunas in some other parts of the world.

Mainly what we’re talking about here are brothels where they just happen to have some sauna equipment. It could serve as a kind of cover. Because it’s unlikely many people are using the sauna stuff by the condition it is in. Especially when the sauna equipment is totally out of service as it often is in many places. But hey, you can actually order up a bowl of instant noodles in many of the saunas.

That’s before or after you order up sex. The price for that is usually between 200 and 350 Ringgits depending on the place and the lady. At current exchange rates, that means the total charge is between $49 and 86 United States Dollars. That’s not bad, even at the slightly nicer places where they might charge a little more for access the sauna facilities.

Full service providers in the saunas

Most of the saunas have a whole lineup of women. Normally they come from other parts of southeast Asia. You see a lot of Mainland Chinese and Vietnamese women in these places. For sure they make up the majority of the staff.

But you can also see women from other parts of the world in Kuala Lumpur’s adult saunas. It’s not unheard of for ladies from Latin American countries like Colombia to show up on the scene. There can also be women from Thailand, Indonesia, Cambodia, Laos and even Russia in the saunas. But don’t count on that last one. It only happens from time to time.

As Malaysia is a conservative country with some strict rules, you rarely see actual Malay women in any of the places you would normally go. It is possible to date or hook up with a Malaysian lady in Kuala Lumpur. But it takes a lot of work. The same goes for the pay-for-play circuit. You might find Chinese Malaysians. Or you might not.

Still, some real Malay ladies do show up in the saunas. For whatever reason they decide to escape their every day situation and go work in men’s saunas where full service is usually the expected treatment. So more power too them. Some of them can be really hot too, with brown curvy bodies and big boobs.

Where are the Kuala Lumpur saunas?

A list of known and reported men’s saunas in Kuala Lumpur includes:

If you have read our review of the Deluxe Health Spa in the basement of the Federal Hotel, then you already know that it is one of the more popular saunas in the city.

But as our list above clearly shows, it is definitely not the only game in town. There are lots of saunas. Some have been around longer than others. But they’re all around right now. And everything we know indicates that they’re regularly offering full service to their customers at the rates reported above. 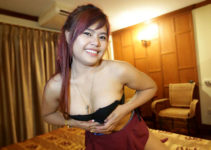